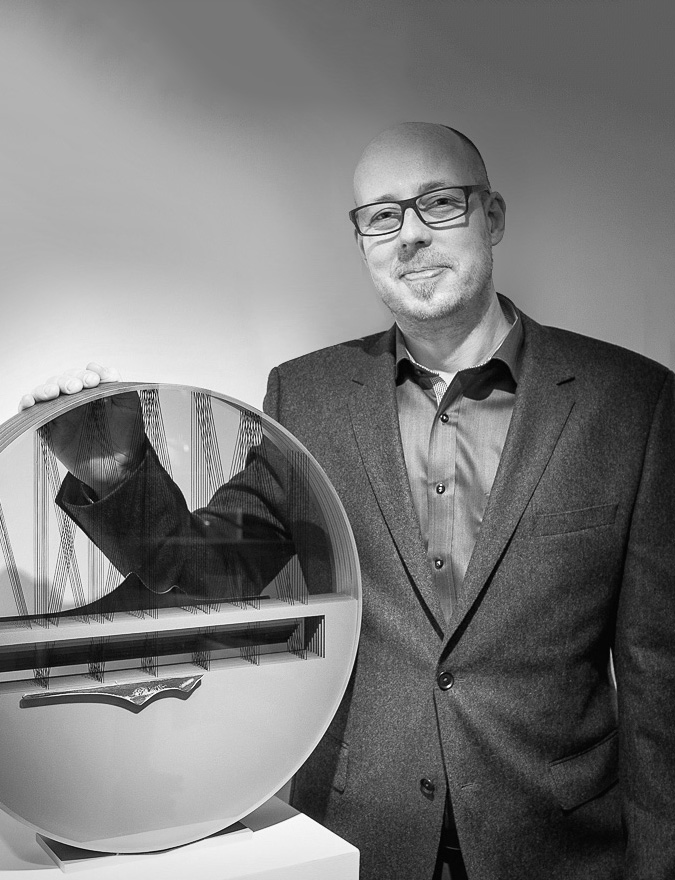 Tom Stölting was born in Prague in 1966 and came to Germany in the 1970s. His mother, Eliska Stölting, attended the Glass School in what was then Czechoslovakia, studying at the Charles University of Prague until 1968. In 1988, she opened Glasgalerie Hittfeld, the world’s first gallery to specialize in contemporary Czech glass art, just outside Hamburg. It was thanks to these fortunate circumstances that Tom Stölting developed an early interest in contemporary glass art. Following the “Velvet Revolution” and the ensuing change in the political system in Czechoslovakia from real socialism to democracy at the end of 1989, artists were allowed to travel out of the country and to exhibit their art abroad. Consequently, many artists were exhibited at Glasgalerie Hittfeld over the years. Thus, from his early years, Tom Stölting not only had the great fortune of being able to experience countless internal and external exhibitions but was also able to watch the artists develop, thus gaining a unique insight into the Czech glass scene.

Tom Stölting studied graphic design in Hamburg, after which he opened an agency and developed magazines for various publishers, before going on to work as an art director at Heinrich Bauer Verlag and Gruner & Jahr. In 1999, he joined the then global company AOL as design director Europe and was responsible for graphic management and development of the European subsidiaries. Following the birth of his daughter, he switched to the research and development department in Hamburg as design director. After almost 20 years in the media industry, he then felt the need to try something new. This culminated in the plan to emulate his mother’s idea of opening an gallery of contemporary glass art in Hamburg, something which he did in 2013.